In what will be a more frequent exclusive for Bomb1st YouTube channel, Suge knight’s voice is going to be heard on a regular basis. In this newly released audio, has the Suge Knight revealing what he and Tupac’s mother spoke about after Tupac passed away.

“When ‘Pac passed away she came to visit me in prison, she was like, ‘Pac got a f**ked up deal…,'” Suge Knight explains. “Interscope didn’t want him, so I inherited his contract and everything. But, we can go back to his original contract.”

According to Knight, Afeni broke down crying and decided not to revert back to Tupac’s original contract with Interscope records. Afeni would take Death Row records to court filing a 46-complaint back in 1997. The two sides eventually came to an agreement and continued doing business together.

I said, ‘Let me explain something to you. In Interscope he had 12 points. Out of those 12 points was for the producers and other things. If he needed a video that cost 100,000 dollars, Interscope charged him 100,000 dollars,'” Knight said on Bomb1st. “If I spend 2 million dollars on a video, I pay a million and I charge you a million.”

Tupac signed a handwritten contract in September of 1995, which officially made him a Death Row records artist and more importantly a free man. Suge Knight posted Tupac’s 1.4 million bail and the rest is history. Tupac would go on to release a his Death Row records debut album ‘All Eyez On Me,’ raps first double album which went on to sell 566,000 copies in its first week. 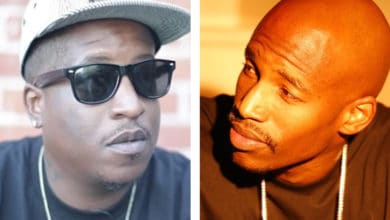