Charlamagne Tha God appeared on Impaulsive podcast where he explained why Tupac isn’t on his top 5 rappers list and called Tupac the ultimate heel.

“If I did an objective list, ‘Pac would be on it,” Charlamagne explained. “My personal top five and top 7, yes that’s my list.”

Charlamagne is referring to his 2018 top 5 list. Co-host of The Breakfast Club, CTHAGOD had listed Ghostface Killah as number one, Jay-Z at number two, followed by Nas, Scarface and Killer Mike. Young Jeezy and T.I. received honorable mentions.

Co-host of Impaulsive podcast, Mike Majlak, highlighted Tupac’s ‘Keep Ya Head Up’ lyrics which is relevant to todays ‘Roe v. Wade’ conversation. This past June, the Supreme Court overturned Roe v. Wade. leaving it to the States to decide abortion laws.

“Time to heal our women, be real to our women
And if we don’t, we’ll have a race of babies
That will hate the ladies that make the babies (Oh, yeah-yeah)
And since a man can’t make one
He has no right to tell a woman when and where to create one,” Tupac (Genius.com)

“I didn’t appreciate ‘Pac when he was alive because he was dissing everybody that I liked. He was dissing Biggie. He was dissing Mobb Deep, Nas, Jay. So, I liked all of them. If this was wrestling, ‘Pac was the ultimate heel (bad guy),” Charlamagne said. “Like there was no greater heel than Tupac. He didn’t give a flying f**k. And he really backed up everything that he use to rap about.”

Although Charlamagne was attracted to Tupac’s rebellious nature, a young 18-year-old Charlamagne stated he did not “pick up on the things he was saying that had socially redeeming value until later.” In fact, it was Tupac’s 2003 Resurrection documentary by MTV Film, that made Charlamagne take a closer look into the man who was Tupac Shakur.

Charlamagne’s statement comes weeks after Joe Budden said Tupac would dominate a Veruz against Biggie Smalls and Nas. “I think ‘Pac would end Nas on a Verzuz and beat BIG in a Verzuz bad,” Joe Budden said. “BIG died too soon to play with ‘Pac in a Verzuz. I juts think he died too soon.” (Watch: JOE BUDDEN PICKS TUPAC OVER NAS, BIGGIE SMALLS IN VERZUZ) 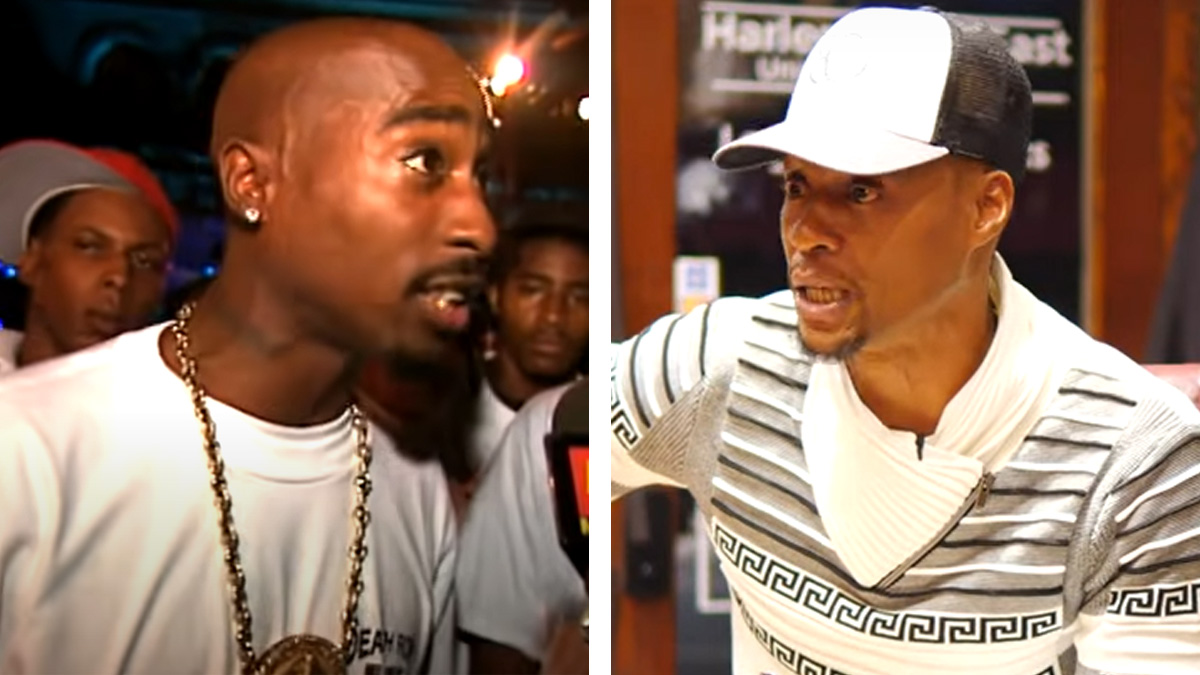 Another Rapper Hit With Tupac Comparison